The mobile advertising market continues its rapid growth and seems that the market will become more competitive with the increasing number of publishers and ad networks. Ad networks seek new opportunities, new solutions for the publishers to sell more inventory and get more conversion. On the other side, publishers put more effort to increase their mobile earnings through programmatic advertising, and demand higher eCPM and fill rate from the ad networks.

High volume trafficked publishers distribute their traffic to multiple ad networks to yield better monetization. Tracking all these networks’ data regularly, keep all the adjustments on each network’s dashboards fresh is a hard process to manage. At that point, mobile mediation system emerges to help publishers for performance analysis and better optimization. Lots of ad network and independent companies mushroomed and pledged to “maximize your mobile revenues”. Then, Admost Mediation brings a new term into the mobile advertising; “Router” to cover all mobile monetization needs of publishers based on the team’s past publisher experiences. 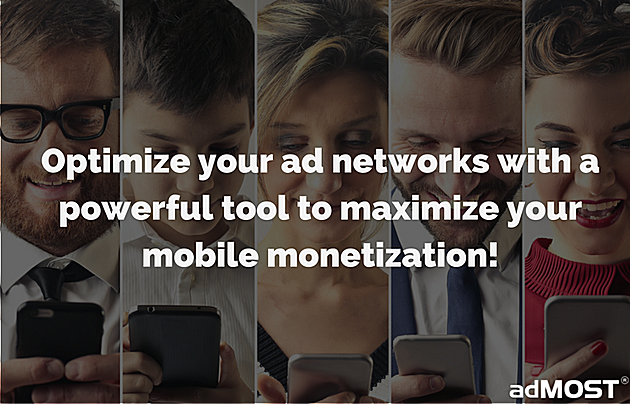 Not an extension of an ad network

Though, Admost Mediation SDK counts all impression itself and stores them on its own database per country and placement to calculate optimal eCPM values. It imports revenue data from ad networks and divides it to the impression numbers in Admost database. So eCPM rates of each ad network in Admost is calculated with the same methodology to get the most accurate waterfall.

The mediation systems with automatic waterfall order only consider eCPM rates or revenue of the ad networks to send a request in order. Highest eCPM rated ad network always has a first advantage to serve its ad first, which will cause other networks to get lower ad request and decrease in eCPM rates. Always requesting the same ad network limits the diversity of the ads and decreases the value of the placement/ ad zone. That will bring up lower click through rate and conversion; the efficiency of a single ad network in long term.

Admost Mediation’s algorithm is based on the weighted eCPM rates including fill rate and also the diversity of the ads distribution. Primary objective is to increase the conversion of the ad placement to gain the maximum efficiency from each network. Higher conversion rates in each ad network improves the quality of the ads which means higher eCPM values and revenues for the applications.

Admost Mediation Router is free of a charge for the first month! Start maximizing your monetization now!

*** The original article is published at Mobyaffiliates